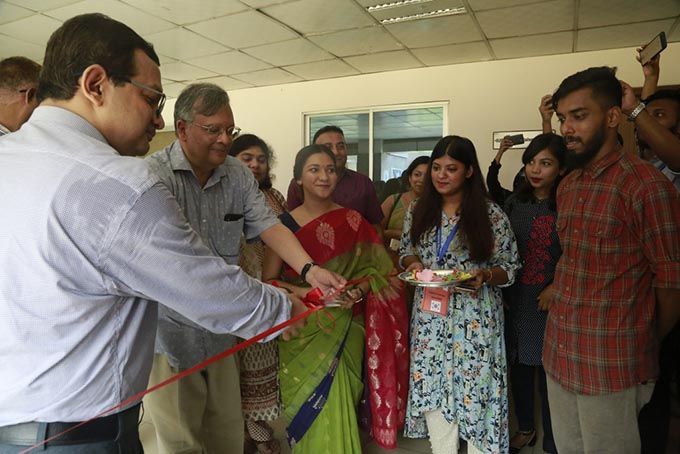 Daylong Korean Fair held at the Independent University, Bangladesh (IUB) at its own campus in Bashundhara, Dhaka on July 10, 2018. To introduce IUB students to Korean culture and society as a whole, Korean Club under the Department of Media and Communication at IUB organized the Fair that Prof. M. Omar Rahman, Vice Chancellor, IUB inaugurated as Chief Guest while Min-Jeong Cho, Cultural Attaché, Embassy of the Republic of Korea was present as Special Guest. Dr. Mahbub Alam, Dean of School of Liberal Arts and Social Sciences (SLASS), IUB, Dr. Zakir Hossain Raju, Head of the Department of Media and Communication and Raiyana Rahman, Coordinator of K-Club were also present on the occasion.
Eight stalls including Heritage Merchandise BD, Korean Skin and Hair Care, KJ Footwear, Fair Skincare, Sugar Shots, TBC Express and Korean food shop- K-Cupbob participated in the fair. Korean Club stall had set up a photo booth where students took photos by wearing Korean traditional dresses. There had been a stall called ‘Shikhbe Shobai’ that offered different IT based training courses with an objective of grooming up skilled IT professionals and creating more opportunities to perform as freelancers.
One of the major attractions of the fair had been ‘K-Pop music and dance’ performed by the students of different institutions of Dhaka city. Students and members of the faculty and management at IUB visited the Fair and were entertained though Korean foods and vivid cultural performances. 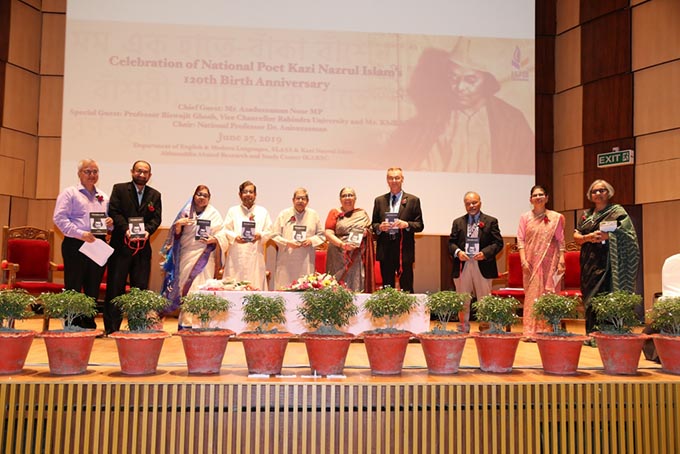 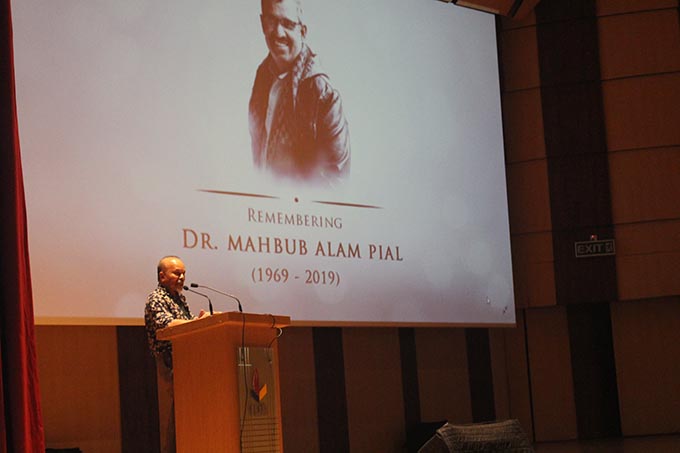 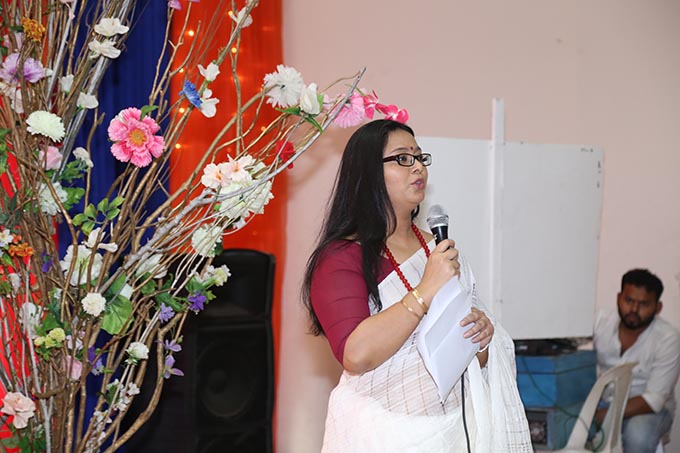 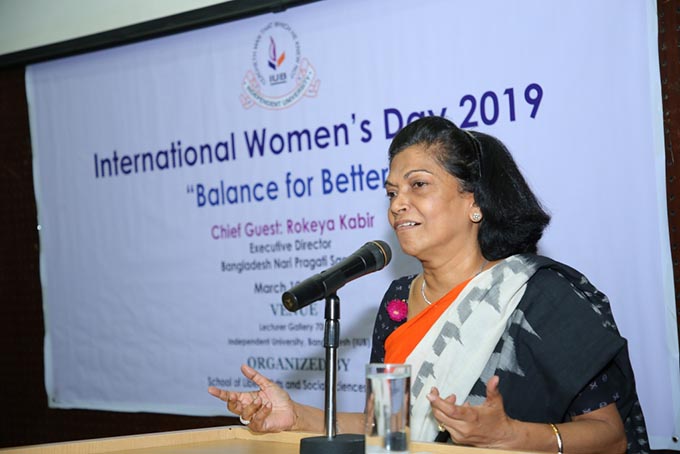