Liton Chandra Biswas has completed LLB (Hons) from Stamford University Bangladesh securing the highest CGPA (3.90) in his batch. Then he went to pursue LLM degree in International Commercial Law at the University of Leicester where he has been awarded with the postgraduate degree with Distinction. On his return to Bangladesh in 2012, he joined Stamford University Bangladesh as Lecturer of Law. After serving 9 months he joined Southeast University as a Lecturer of Law. On the 1st July 2014 he joined the newly opened Department of Law at Independent University Bangladesh as Lecturer B and on July 1st 2019he has been promoted to the position of Lecturer A. During his academic career he has been extensively involved in legal research. He has published his research outcome in different national and international peer reviewed journals and forums. Along with commercial law and legal philosophy, his primary research focus lies on the needs of human body and Law. His research ambition is to contribute in the formulation of the bodily needs based legal regime that would readily and more appropriately respond to the bodily needs. 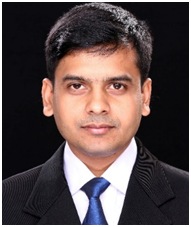