Ms. Momtaz Parvin holds an MSS in Mass Communication and Journalism from the University of Dhaka.  She has over six years’ experience in print & electronic media. Before joining IUB she was an assistant news producer in ATN Bangla. Before that she was also in CSB NEWS (closing unsettled) as an assistant news producer. Before that she worked with IT magazine e-biz as a contributor & sub-editor.

She teaches in the Department of Media and Communication. Her area of interest in broadcast journalism that includes news production, news based programs production, news casting & announcing, PCR controlling, news room management. She is also interested in adverting field that included TV commercials, packaging, & Art direction.

She has published four articles. Recently her biological research work published in The Journal of Social   Studies named ” Role of cartoonist Shishir in expressing the social & political discrimination” (Issue: 159, July- September, 2018). Before that her another article published in Nari O Progoti (The Journal for Bangladesh Nari Progoti Shongho) named “Slogan of an Ad, Child Marriage and Our Mentality” (Borsho 13, Issue: 26, July-December 2017) (ISSN 2313-0040). Earlier she published “Looking behind as a News Producer” was published in mass communication & journalism related magazine Madhoom (1st ED Issue 5: Falgun 1416) (Feb: 2010). Another one was “Role of professional women in cinema: in the context of 2002” was published in communication journal Yogayog (Issue 7: February 2005). 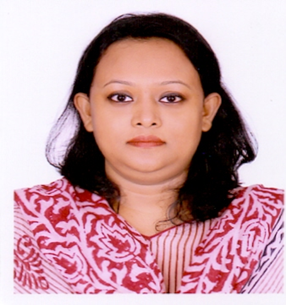