Mahmud Hasan Kayesh is an expert in Documentary and Fiction Filmmaking, Writing, Editing and Videography with 16 years’ experience. He has been working as a Lecturer in Film and Television with the Department of Media and Communication in Independent University, Bangladesh since September, 2015. Moreover, He worked with us as an adjunct Faculty from 2011-2015 in the same Department. He has a lot of practical and theoretical knowledge and expertise within the purview of Film and Television since he has worked with Channel One(TV Channel), ATN News Ltd, Asian Television Ltd, Stamford University of Bangladesh, Bangladesh National Museum. Mr. Kayesh was also served as a National Media Trainer under Euroconsult Mott Macdonald’s Branch office in Bangladesh.

He has earned two Master’s, MA In Film and Media  and MSS in Mass Communication and Journalism as well as a specialized Diploma in Theatre. In addition, He has successfully completed various training on Cinema, Camera operation, Editing and Documentary.

Besides IUB, He is involved with different types of voluntary organization such as Bangladesh Short Film Forum, Bangladesh Documentary Council and Paribesh Theatre. 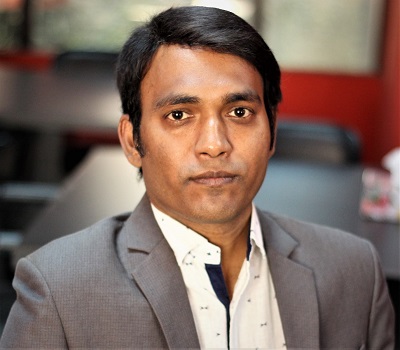