Dr Zakir Hossain Raju is Professor and Head of the Dept. of Media and Communication at Independent University, Bangladesh (IUB) where he also served as Dean of Social Science during 2013-15 as well as. Currently, he is also the Director of the Centre for Social Science Research (CSSR) here. A scholar-teacher who delves into both theory and practice of Film and Media Studies, Dr Raju is currently the Vice-President of International Film Initiative of Bangladesh (IFIB) and has also served as President of Bangladesh Short Film Forum during 2016-18. As an example of his focus on research-led teaching, in 2015, Dr Raju introduced a semester-long course on Korean cinema and society, the only such course in South Asia and one of the twenty or so courses offered on Korean cinema in leading universities around the world. During 2014, he served as Korea Foundation Fellow (Visiting Professor) at Korean National University of Arts in Seoul. During 2008-10, Dr Raju served as Postgraduate Coordinator and Senior Lecturer of Communication and Cultural Studies at Monash University, Malaysia. He obtained PhD in Cinema Studies from La Trobe University, Melbourne in 2005. Before that, he taught at La Trobe and Monash University in Australia as well as at University of Dhaka, Bangladesh. Raju served as a Visiting Scholar at Australian National University, Canberra in 1999 and at as an ASIA Fellow at University of Malaya, Kuala Lumpur in 2007.

A renowned scholar of Asian cinema and politics in  a wider frame that ranges from Bangladesh to South Korea, Prof. Raju is also the author of Bangladesh Cinema and National Identity: In Search of the Modern? (Routledge, London: 2015). He has published research papers on Bangladeshi, South Korean and Malaysian media and culture in journals including Comparative Studies in South Asia, Africa and the Middle East (CSSAAME), Screening the Past, Journal of Chinese Cinemas, Cinemaya, and South Asian Journal. Raju also published his research on Asian cinema in anthologies including Art and Sovereignty in Global Politics (Palgrave, USA: 2016) Islam and Popular Culture in Indonesia and Malaysia (Routledge, 2011), Communalism and Globalization in South Asia and its Diaspora (Routledge, 2010), Media Consumption and Everyday Life in Asia (Routlege, 2009), Madrasas in South Asia: Teaching Terror? (Routledge, 2008), Contemporary Asian Cinema (Berg, 2006) and Being and Becoming: The Cinemas of Asia (Macmillan, 2002). He is an academic reviewer for Asian Journal of Communication and Taylor and Francis/Routledge, as well as on the editorial board of the journals Bioscope: South Asian Screen Studies (Sage) and Journal of South Asian Film and Media (Intellect). Dr Raju has been invited to be on the Jury of international film festivals in Australia, South Korea, USA, the Netherlands, France, and Bangladesh. While he presented more than seventy papers and invited lectures in many universities and film festivals around the world, he has presented his recent research on various aspects of Korean and Asian cinema in international conferences in USA, Singapore, Thailand, France and Poland. Dr Raju scripted and directed seven short and documentary films most of which were shown in international film festivals in USA, Germany, Australia, India, Malaysia, Romania and Japan. He received a ‘Commendation of the Jury’ award for his film Beyond the Borders in European Anthropological Film Festival in Romania in 1997. Prof. Raju is currently on the international executive board of the Network for the Promotion of Asian Cinema (NETPAC) as well as on the national board of Society for Environment and Human Development (SEHD). 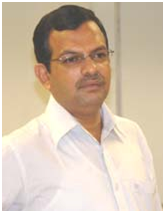